Whenever I fly a new airline, especially one that I have never heard of, the first thing I do is hit Google up. I want to know if the airline has ever had a crash and I want to know it’s safety rating, because we all want to get through the clouds in one piece, right? With the cheaper airlines, I always think to myself “How exactly is this airline able to provide so many cheap tickets?” I mean they still need to pay their pilots and their flight attendants, they still have to have their planes maintained. Am I right? Surely charging for drinks on board isn’t enough to justify being able to sell $80 seats?

Well, apparently the “cheaper” airlines like Spirit & Frontier, currently have some of the best safety ratings. As the Points Guy explains here. So first check Frontier passed my safety test (though in the back of my mind, I still wonder “How do they even pay for fuel?”, since seats are pennies per flight).
Those of us that have flown a bargain airline, know even though you score the ticket for a great price, you pretty much have to pay for everything else, except of course the air you breath… right now, that’s still free.
I found a flight from Seattle, Washington to Austin, Texas for $80. IN THE MIDDLE OF SUMMER! So after my initial happy jig, I continued on with booking our flights. I flew with my 16 year old son and my 13 year old daughter. I paid $30 per carry-on & the seats cost between $17 — $45 each, depending of course, on where you sit. So 3 one-way tickets with 3 carry-ons and 3 seats cost $451. That is a great deal, considering most major airlines will charge that for one person.
We flew overnight, we left Seattle at 11:45pm and arrived in Austin @5:30am. The flight was smooth and as expected, everything was pretty basic, with drinks and snacks offered for a price. There was exceptional leg room, but the seats were very — I mean hard-as-a-rock uncomfortable. They were thin and had no cushion– Zero. Zip. Nada. I wasn’t expecting luxury but it felt like I was sitting on hard wood the whole flight. 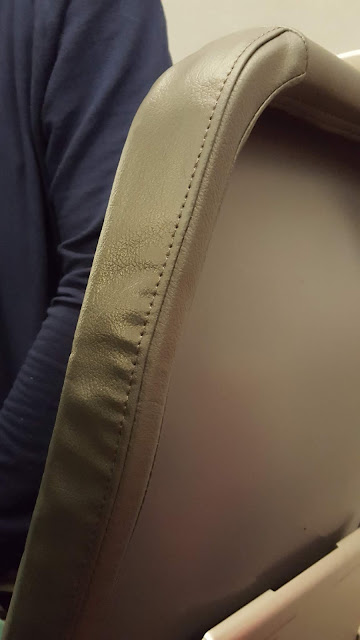 The seats didn’t recline, not even a little. Mind you, I never recline because I find it rude, but this one time, I actually get a 3 year old sitting behind me, and I think, “Woohooo Toddler sleeping, I get to recline!!!” Nope. No leaning back for me. Also, forget a screen of any kind, there wasn’t one to be found on the flight. So if you fly with Frontier, make sure you have your music and your movies uploaded on your devices. Also… you won’t have Wi-Fi. 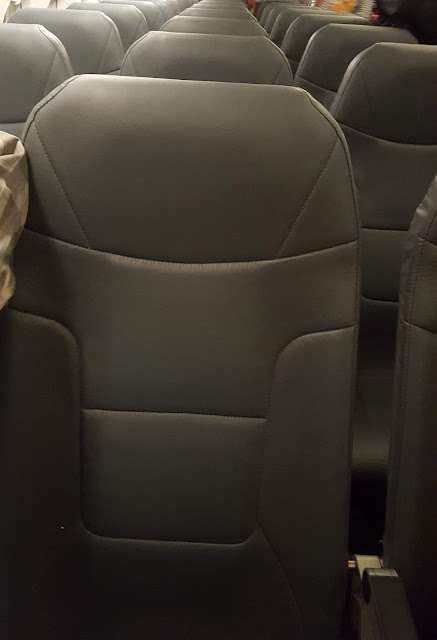 As uncomfortable as our seats were, I probably wouldn’t have cared at all except for it being an overnight flight. During late flights, sleep is of the essence if you want to resemble anything close to being human the next day. There was no sleep on this Frontier Airline excursion. Had this flight been a day flight, I would have just been reading or watching a downloaded Netflix on my phone, not really paying much attention to the seat. Keep in mind using a phone or tablet will be the only devices that will fit on the tiny flip-down table. 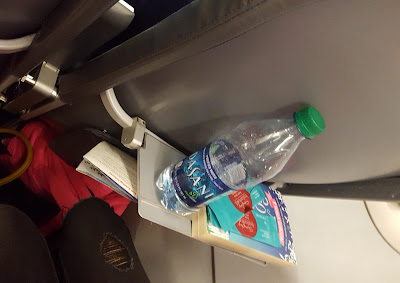 I normally try to take a lot more photos, but it was late and I was tired. So I apologize that the photos are at a minimum.
Would I fly Frontier again? Absolutely! I rarely fly overnight unless I’m going overseas. So I’m really not bothered about a hard chair for 3 or 4 hours. The money I save flying with Frontier, is money I can spend once I’m at my destination.
If you’re considering flying with Frontier Airline, keep in mind that some of their flights are seasonal. So check their website or call them directly to find out where they fly.
All in all, Frontier Airline offers very reasonably priced flights, friendly staff & our flight was precisely on time.
Have you ever flown an economy airline? I’d love to hear about your experiences!
Tammy

Hi, I'm Tammy Welcome to TLC Travel Journey. I'm a Traveling Texan slowly making my way around the world, I love talking about Travel, Green Living and all things Environment!

It’s my blog and I’ll moan if I want to
5 REASON’S YOU SHOULD VISIT ‘DAT PEACH HAUS’, FREDERICKSBURG, TEXAS

The TWA hotel at JFK, A luxurious layover

10 Eco-friendly tips for traveling with a lighter footprint

The TWA hotel at JFK, A luxurious layover